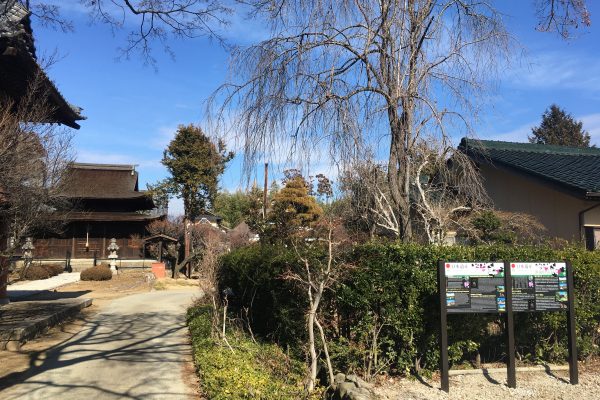 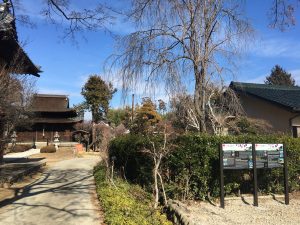 During the Meiji period (1603-1868), Yamanashi Prefecture was one of the most
important silk-producing areas in Japan. Throughout this period, Seihaku-ji Temple
would have been surrounded by fields of mulberry trees necessary for feeding silkworms.
However, with the declining value of silk during and after the Second World War, the
practice of rearing silkworms for silk production went into decline. Thus, many farmers
switched to the cultivation of fruits such as highly profitable table grapes around 1960.
The mulberry fields were gradually replaced by vineyards, and pergola-style trellises
began to give the impression that the temple was floating on a vast sea of lush grape
vines.

Seihaku-ji Temple: An Example of Zen Buddhist Architecture
It is said that Seihaku-ji Temple was established in 1333 by the first Ashikaga
Shogun, Ashikaga Takauji (1305-1358), and under the supervision of Musō Soseki. The
temple was constructed in a Zen Buddhist temple style that took its inspiration from
contemporary China. During the Kamakura (1185-1333) and the Muromachi (1336-1573)
periods, many Zen Buddhist temples were founded in Japan, but very few of these
temples remain to this day. As a result, the butsuden (the building which houses the
image of the Buddha) at Seihaku-ji Temple is considered to be a rare example of
Muromachi architecture. Observe Seihaku-ji Temple’s typical Zen Buddhist layout with
its long approach of over 100 meters featuring a corridor of plum trees (Ume-sando),
which are covered in fragrant blossoms every spring. In addition, a plum tree beside the
butsuden is said to have been brought from the UNESCO World Heritage Site at Xī Hú
(West Lake), Hangzhou, China, by Musō Soseki. Continue walking in a straight line under
the main gate to the temple bell and then on to the mid-Muromachi-period butsuden. Just
beyond the butsuden is the temple’s main building.
Most of the original buildings at Seihaku-ji Temple were destroyed by fire in 1682, but
the butsuden, constructed in 1415, survived the disaster. Although none of the decorative
work done on the interior of the butsuden has been restored for over 600 years, and
much of the delicate painting has faded over the centuries, silk and lacquer can still be
seen on many of the support pillars within the structure.

Musō Soseki (1275-October 20, 1351）
Musō Soseki was a legendary Rinzai Zen Buddhist monk, a renowned scholar, an
advisor to shoguns and emperors and one of the most influential garden designers in
Japanese history. He was born in Ise, modern-day Mie Prefecture, and in 1278, he moved
with his father to Kai Province, modern-day Yamanashi Prefecture. Although Soseki left
Kai Province for Kyoto to study Zen Buddhism in 1294, many of his students aspired to
do their ascetic practice in Kai Province since their Zen master began his Buddhist
practice here. In addition to jointly establishing Zen as one of the dominant Buddhist
sects in Japan with the first Ashikaga Shogun, Takauji, many temples, including
Yamanashi’s Jyōko-ji Temple (his first temple which is now defunct), Erin-ji Temple and
Seihaku-ji Temple have been attributed to Soseki. During his lifetime, Soseki taught
many thousands of students, wrote a substantial amount of poetry, and became the most
renowned Zen master of his time. Furthermore, Soseki and Ashikaga Tadayoshi, the
Shogun’s brother, were responsible for reestablishing trade between Japan and China in
the Muromachi period (1336-1573). In recognition of his accomplishments, Soseki was
given the title Musō Kokushi (National Teacher) by the Emperor Go-Daigo (1288-1339).
Eventually, Soseki was bestowed with seven honorific names and came to be known as
“the Teacher to Seven Emperors”. 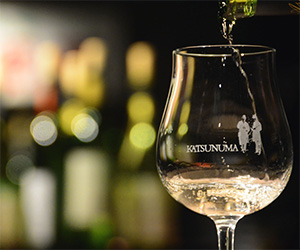