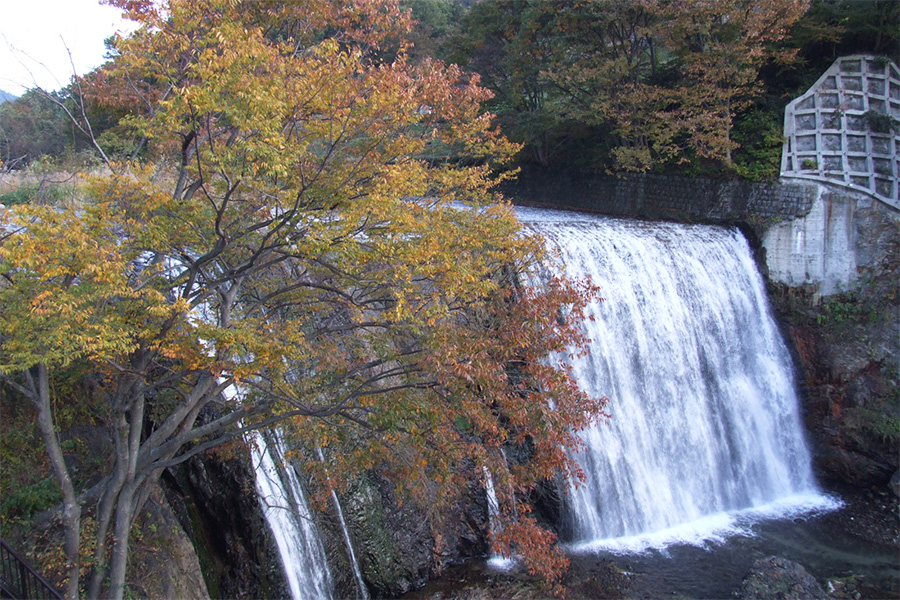 Hikawa River, which flows across the Kyotoh area, frequently floods and it has caused disasters that have washed away homes and paddy fields. In order to protect the downstream area of the Hikawa River from water damage during 1915–1931, the Katsunuma Dike was constructed. The bedrock was cleverly used to form a scene that looks like a natural waterfall, and it has become a famous spot in the “Gion Waterfall” area. Katsunuma Dike was constructed using a mix of new and old techniques, including a foundation partially made of concrete, and it became a Tangible Cultural Property in May 1997.