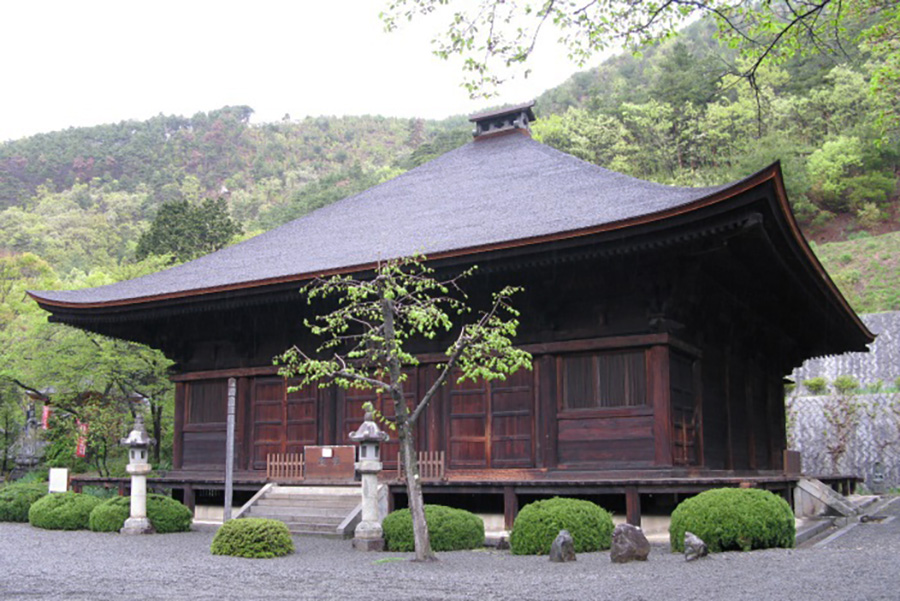 Daizenji Temple belongs to the Shingon sect Chisan-ha, and it is an ancient temple that was once known as Joshoji and Kashioyamadera. The current temple building was rebuilt after the fire of 1270, and Sadatoki Hojo, the ninth shikken of the Kamakura shogunate, solicited funds for the temple in 1284, which was completed in 1290. As the main building houses the main idols of the wooden Yakushi Nyorai and the two flanking statues (Import Cultural Properties), the main building is also known as the Doctor’s Hall. This main building is an iconic example of an esoteric Buddhist temple building from the Kamakura period with a large cypress bark hip roof made of overlapping pieces of Japanese cypress bark. It is the oldest building in Yamanashi Prefecture.