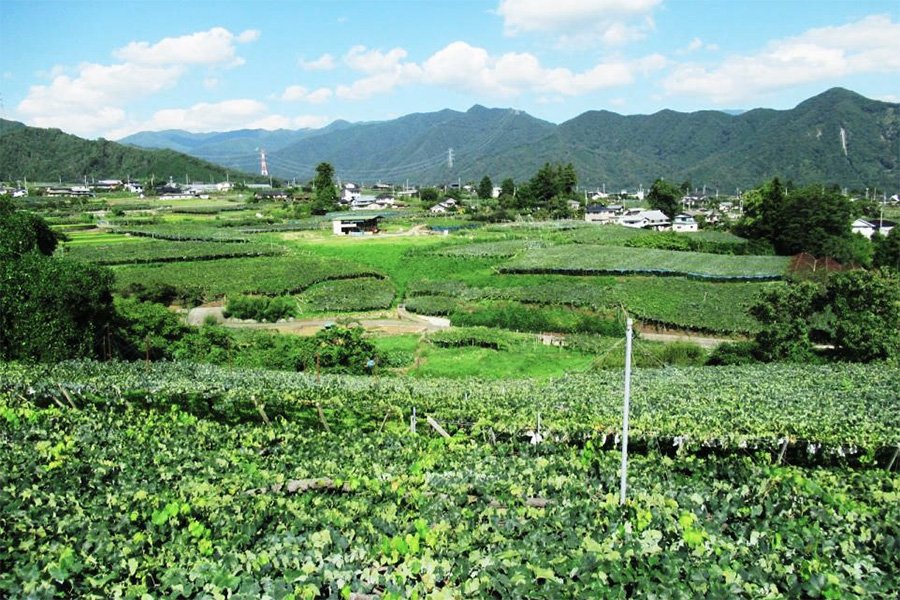 The vineyards in the eastern Kofu basin spread from the flatlands to the mountain slopes, and each season has its own enchanting scene; from the emerald carpets of early summer to the shades of autumn colors in the sunlight in fall.
In the Edo period, it became common to use bamboo trellises for grape cultivation, which began in the Nara period. Until the Meiji era, this was limited to the Katsunuma district in Kofu Basin Eastern, but trellises in the so-called Koshu style became popular with the introduction of robust wire that could be formed in any terrain, and today they have spread through the Kyotoh area, thanks to the intelligence and skills of predecessors, including the construction of flood control facilities.